The Prag Cemetery (Pragfriedhof) in North Stuttgart shows a surprisingly geometric layout. Hoping to find some kind of a parklike jewel like the Highgate Cemetery in North London or a tombstone labyrinth on a hill like the Glasgow Necropolis, I was a bit taken aback at first in the face of such order overdone. But then, I was looking for hands to photograph for Martin Gommel’s photo contest. And hands I found. The prosaic geometry of this cemetery did not, indeed, act against the pathos of its tombstone figures: 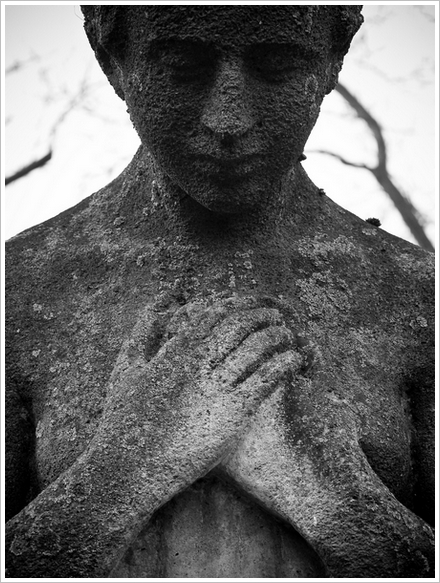 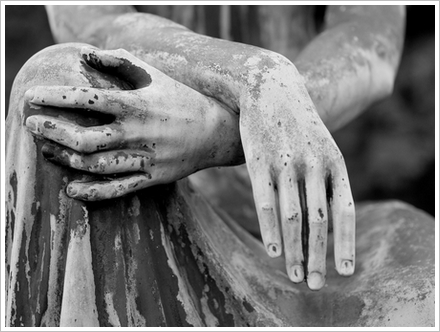 This was my luckless competition photo (above) 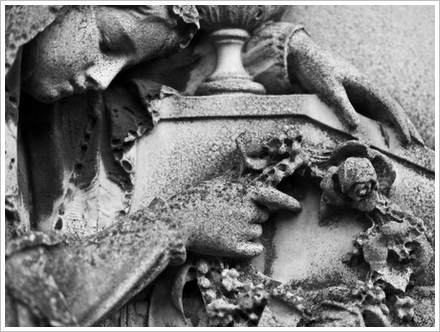 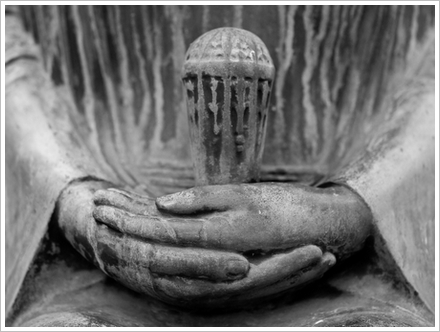 Perhaps I should have submitted this last photograph. It seems to radiate such timeless peace. What do you think?

Photographing cemeteries is very popular, anyway, and most people also like looking at the results. Is there anyone who does not know the classic, Isolde Ohlbaum‘s “Und alle Lust will Ewigkeit” (quoting Nietzsche and Ohlbaum’s most popular cemetery book)?

What other beautiful cemeteries are there in Germany, or in the rest of the world, for that matter? Cologne with Melaten comes to mind, as is evident from Frank Krumbach’s photography. Another one, of course, is Ohlsdorf Cemetery on the outskirts of Hamburg. Wikipedia calls it the greatest park cemetery and the second greatest cemetery of the world. Wow. Unfortunately I haven’t been there yet.

Taking part in Martin’s contest has already paid off, even without having won: I’ve seen Pragfriedhof, and I’ve added more photo-locations-to-be-visited on my personal list.